The following piece was taken directly from the April 23, 2013 issue of South Florida Gay News. This is the publication where publisher Norm Kent criticized (and I use that word lightly) the selection of Adam Lambert to be receiving a media award from GLAAD. 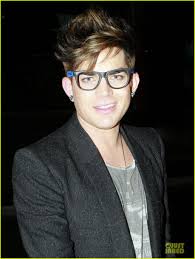 The Glamberts came out in full force, as we knew they would. Please read on and click the link at the end to read the article in full. Hopefully their servers won’t crash again! 🙂

They were especially outraged at these passages from Kent:

“Therefore, seeing him on the cover of our newspaper a few weeks ago made my partner and me puke.”

“Both of us went ballistic that Lambert was on our cover. Other than feature new makeup every day, what has this kid done to warrant a cover story?”

“…and the story that takes down our website is Adam Lambert’s breakup with his boyfriend? This is unreal. How shallow have we become?”

“Give me a break. This award is presented to whoever can fill the seats and make money for GLAAD at its annual fundraising dinner.”

The editorial spawned a rebuttal defending Adam Lambert from Associate Publisher Jason Parsley, and a statement from Editor in Chief Gideon Grudo. Below are snippets from several emails we received in the days following Kent’s piece.

Please click here to read the entire article from SFGN.