It is so great to read every time when an unbiased blogger defends Queen’s choice of Adam Lambert as their singer. I’m breaking standards here and posting this article in its entirety. The blog requires a sign-in and some may prefer not to do that. The link for the blog is included at the end, for all who want to read the comments that follow. 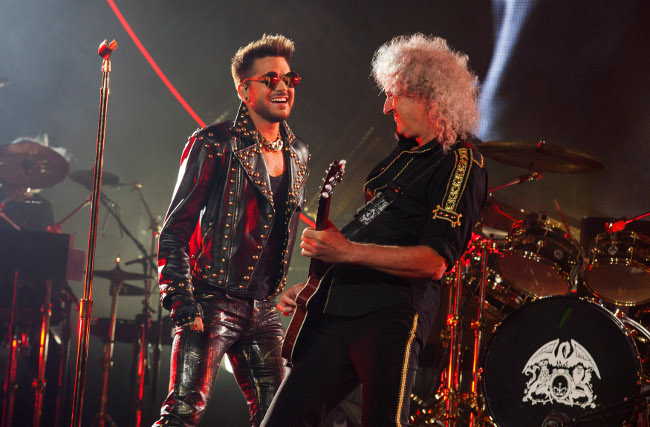 I went to some of the Queen forums looking to see what the fans are saying about Adam, mentioned in the second paragraph below. Don’t get excited. I didn’t find anything really negative. Just comments from people who love QUEEN, QUEEN, QUEEN! More power to them. If someone had to replace Adam, Glamberts would be just as critical, saying it’s only an imitation. Yes, while there’s only one Freddie, there’s also only one Adam. And that’s that!

What’s with all the hostility? Queen and Adam Lambert are made for each other

Queen are back on the road, with American Idol runner-up Adam Lambert stepping into Freddie Mercury’s stiletto heels to belt out the band’s hits.

See them in concert – I have – and it’s clear that Lambert belongs with Queen. He’s got an astonishing voice, he inhabits the band’s material while putting his own spin on it, and he has great chemistry with Brian May and Roger Taylor on stage. So why are some fans fuming?

Thou Shalt Not Worship False Idols

Go on Facebook or the Queen forums, and you’re greeted with a torrent of abuse. Lambert’s a manufactured pop performer, they say, riding the coat tails of an iconic rock band to success – and desecrating the memory of Freddie Mercury in the process.

They couldn’t be more wrong.

For one thing, Queen isn’t the first band to change its line-up; it’s not even the first to do so in the wake of a tragic loss. AC/DC wasted no time in replacing Bon Scott with Brian Johnson; Alice In Chains has enjoyed critical and commercial success in the wake of Layne Staley’s death.

Ah, but Brian Johnson and William DuVall and Zakk Wylde are authentic musicians, say the disgruntled fans. They worked their way up the old fashioned way, instead of whoring themselves out to a reality show.

Queen fans who’ve had to suffer through West End musicals and 5ive covers may have a conniption at the words “American Idol,” but times have changed since the early days of the talent shows. The acts who get through to the finals these days aren’t starry-eyed dreamers; they’re professional musicians looking for a big break. Before appearing in Idol, Lambert trod the boards in musical theatre for a decade, performed in bands and worked as a session musician – just like, say, a pre-AC/DC Brian Johnson, who in 1970 could be found playing songs from the musical Hair on the cabaret circuit.

Of course, Freddie Mercury casts a long shadow. The passage of time has only cemented his place as one of the great frontmen of rock – but it’s also caused fans’ attitudes to harden, convincing them that Mercury is irreplaceable.

Time also colours our memories of other acts who’ve replaced beloved members. We tend to forget that AC/DC came in for a lot of stick for hiring Brian Johnson – and would’ve come in for even more if Twitter had been a thing in 1980. But nine successful albums later, hindsight paints it as just one more chapter in the band’s history.

To younger fans who never saw Freddie Mercury live, he’s been elevated to iconic status; replacing him seems as absurd as finding someone to fill in for Hendrix or Cobain. To older fans, the idea that some young upstart could possibly compete with their cherished memories of the band is unthinkable.

That, I think, is why some vocal fans demand that Queen give Lambert the boot and reunite with former frontman Paul Rodgers. He’s a proper rocker with a pedigree, they say. He’s from the right generation; older fans feel more comfortable with one of their peers up there on stage.

Never mind that Rodgers always seemed uncomfortable with Queen’s flights of fancy; you can’t picture him draped over a chaise longue, vamping through Killer Queen as Lambert does. Even when Freddie was singing Queen’s hardest rockers, he did so with a knowing wink – and it’s that same seam of camp that Lambert taps into. He’s not imitating Mercury, but he’s definitely in the same orbit. 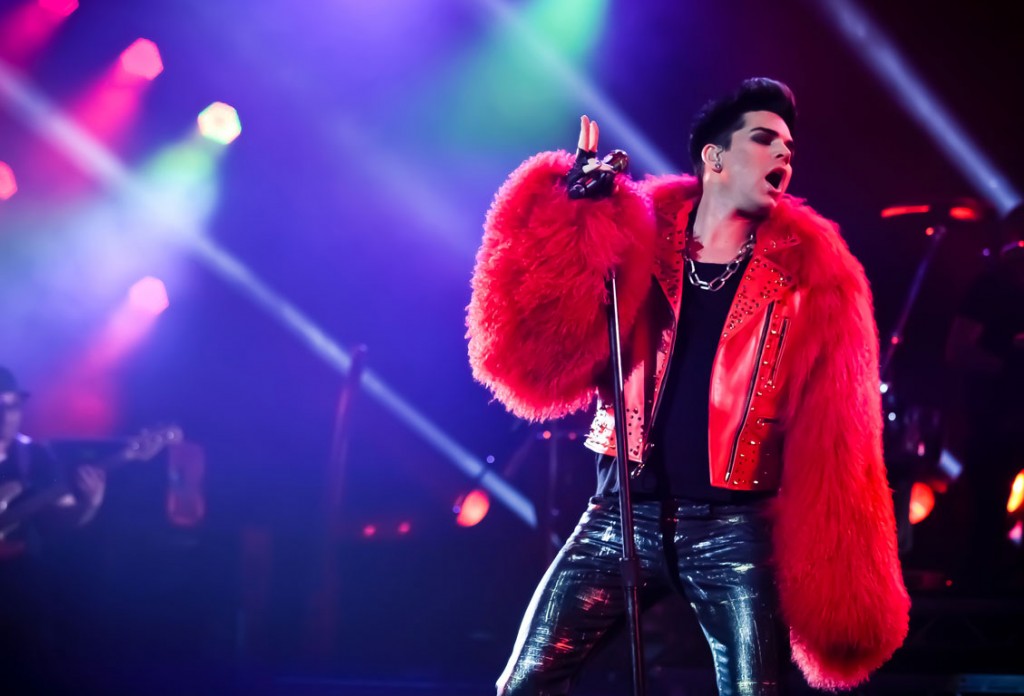 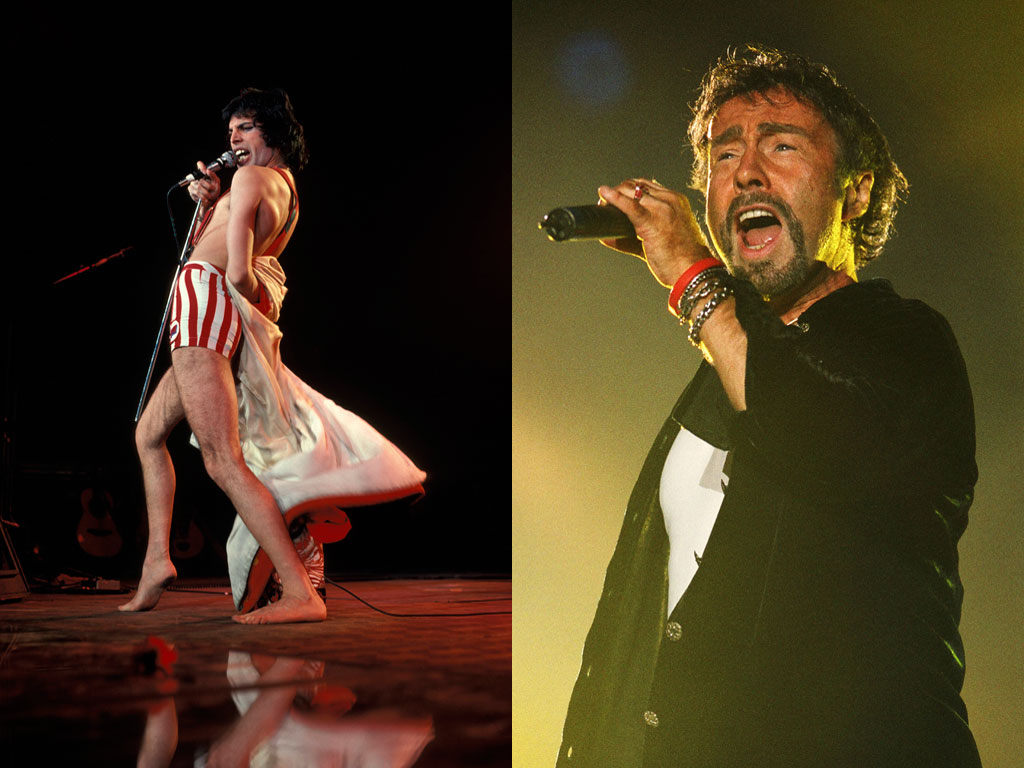 Maybe it’s time for a miracle

The reason that Queen has taken so long to find a suitable replacement for Freddie is simple: you need a performer with a majestic voice, magisterial stage presence and that theatrical sensibility. Trouble is, performers with that kind of talent are usually big names in their own right. Matt Bellamy, George Michael, Lady Gaga – they either have bands of their own, or thriving solo careers. Put simply, they don’t need Queen.

Neither does Lambert, really. His last album shot to #1 in the US charts, his tours have brought in millions – and his career’s just taking off. That Queen found an artist with that checklist of skills, who’s prepared to hook up with a pair of ageing rockers out of love for their material, is nothing short of miraculous.

Lambert’s only performing the band’s hits, goes the complaint; he’s a karaoke act. And it’s true that AC/DC plunged straight into the studio with Brian Johnson – and came out with Back in Black, one of the greatest rock albums of all time. Queen’s more cautious approach is just as valid – but if they don’t get Lambert in the studio, they risk being seen as a tribute act to their own glory days.
I hope they do record an album with Lambert. Watching him on stage – pouring himself into the songs, hitting the high notes, larking around with Brian May – you can’t help but feel he’s given the band a second wind. It’s a shame that some old farts can’t see that.

If you hate the idea of a band moving on, that’s fair enough. Your albums aren’t going anywhere; you can hold on to your memories of past concerts. But don’t feel that your fandom makes you the custodian of the band’s legacy, and don’t ever think that you’re entitled to make demands of those musicians because saw them back in the day. A band isn’t a democracy; this one’s a monarchy, and it’s found its heir. Long live the Queen.

Click here to read this article on the original blog.