With all the completely positive reviews raving about the Queen + Adam Lambert tour, it’s hard to imagine that there could be a negative one. Yet somehow I managed to come across one (scroll down) from the Houston Press Blogs when Lila and I got home from our third Queenbert concert (Dallas). After reading the headline I immediately recognized it may not be glowing about the man and tour that we all love. I took a deep breath and held it as I began to read. Thankfully I was able to resume regular breathing after getting through the first couple of paragraphs. 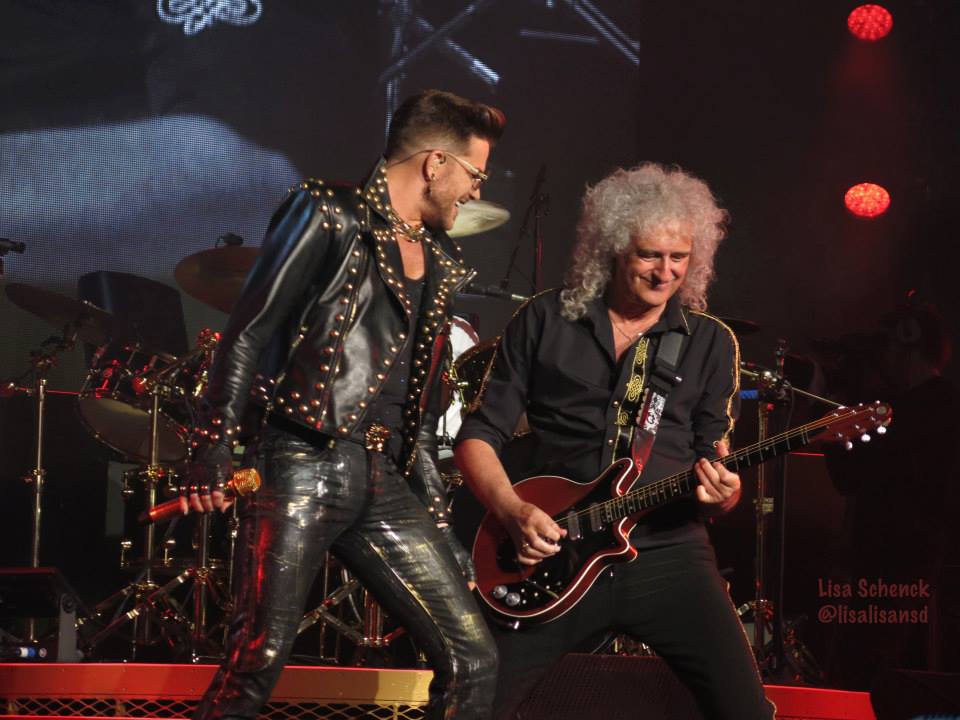 Masked behind these supposed points of disapproval are the complete opposite. Adam’s talent is complimented again and again. If the worst this reviewer could come up with was that during one song Adam mimicked Elvis, than that’s hardly something complain about.

Towards the closing of the review, we read:
All the people who believe the problem here is that Lambert can’t fill Mercury’s shoes have it all wrong; the problem is that Adam Lambert is too talented to vamp on stage while Brian May works his way through yet another (admittedly impressive) guitar solo.

It sounds like this Glambert-in-hiding is crying for a solo Adam Lambert tour! Aren’t we all?!? We just have to patiently wait for the release of his 3rd album.

Let’s see what you think. Please comment below with your thoughts about the specific points the reviewer made.

Queen + Adam Lambert Doesn’t Add Up for Either Party

Put yourself in these two situations:
A. You’re a member of a Hall of Fame-level band who wrote some of the most famous, popular songs in rock music. Your lead singer was perhaps the greatest of all time, but he’s no longer with us. You can still play and, more importantly, you still want to play, but no matter what you do, the shadow of your fallen front man will always be there.

B. You’re a singer with an amazing voice, good looks, and a charming personality. You should be a megastar, but you just haven’t found the right songs yet. You have fans, but you need something to push you over the hump that separates pop act and legit star.

If you look at these two situations and think, “Well, why not put A and B together?”, congratulations for picking the path of least resistance. The good news is that this solution will make both parties some serious money.

That’s pretty much where the good news ends for Queen and Adam Lambert.
Here are three facts:
1. Queen has an amazing collection of songs.
2. Brian May, guitarist and occasional astrophysicist, and Roger Taylor, drummer and occasional [insert hobby here], still know how to bring it onstage.
3. Adam Lambert has an amazing voice. Just flawless.
Now, admittedly, the decision to do this tour with Lambert is the one that in theory should make the most sense. And sometimes it actually makes more than sense; on songs like “Killer Queen” and “I Want It All” they actually do manage to make some magic, and it’s quite impressive.