The internet was on fire all weekend long with reports of Queen + Adam Lambert’s arrival by helicopter and their incredible performance at England’s Isle of Wight Festival, with 58,000 in attendance. This was after the horrific shooting at Pulse in Orlando, Florida. 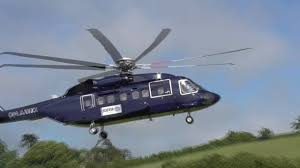 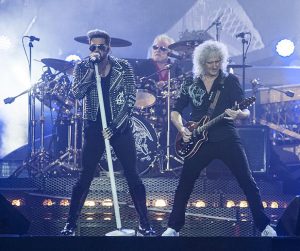 Both Queen + Adam Lambert made their first appearances at the renowned Isle of Wight Festival in Newport, England on Sunday, June 12th. With six dates left to the current European tour, they’re heading to Belgium on June 15th, then Switzerland, Poland, Romania, Bulgaria and finally Italy on June 25th.

The following review is full of pictures and fan tweets, which you can see when you click on the link the end. Here’s a funny bit – they had a Pizza Rider for the gig! See it here!

Add your comments if you’d like to see Queen + Adam Lambert return to the USA!

Queen and Adam Lambert closed out the Isle of Wight Festival 2016 with a blistering set that included a poignant tribute to the victims of Orlando’s mass shooting.

The artists took to the stage at Seaclose Park on Sunday, 12 June as the hugely anticipated final headline act of the weekend, which had seen the likes of Stereophonics, The Who, Faithless and Jess Glynne perform.
Remarkably, it was Queen’s debut performance at a UK festival – despite forming way back in 1970!

Drummer Roger Taylor said: “When I think of The Isle of Wight Festival I think of Hendrix, Dylan and The Who. What immortal company to be in.”
They were joined by the always very, very amazing Adam Lambert who, since finishing runner-up on American Idol in 2009, has enjoyed a successful solo career across the globe. (If you haven’t checked out his albums, we recommend you do!)

He first met Queen during American Idol, when Roger and Brian May performed with him in the finale. (Adam had performed ‘Bohemian Rhapsody’ during the audition stages.) Adam later joined the band for a one-off performance at the MTV Europe Music Awards 2011, before officially joining as new frontman.
They flew in via a personalized helicopter emblazoned with the words Queen + Adam Lambert – talk about making an entrance! And, as always, Mr Lambert was looking oh-so-stylish in his all-black ensemble and sunglasses.

As the group arrived on stage, footage was played showing them backstage, gearing up for the big moment. Then, the curtains bearing the Queen logo dropped and they emerged in a sea of red light and insane energy from the audience, and launched straight into ‘One Vision’.
All the classic Queen tracks were on display from ‘We Will Rock You’, ‘We Are The Champions’, Radio Ga Ga’, ‘Fat Bottomed Girls’, ‘Under Pressure’ and ‘Killer Queen’, to ‘Who Wants To Live Forever’, which was dedicated to the victims of the Orlando nightclub shooting.

Introducing the song, Adam said: “This is dedicated to those who lost their lives in Orlando, Florida, and anyone who has been a victim of senseless violence or hatred.”

Click here for the rest of the review, including pictures and fan tweets!

Queen and Adam Lambert, Isle of Wight Festival 2016, review: not quite the real deal, but closest we’ll ever get to seeing the band in their pomp