After a month of USA radio concerts, Adam Lambert has begun The Original High tour in front of the world. This is the global superstar’s second official solo tour and he’s fulfilling predictions made by Simon Cowell and every fan from early American Idol days about his international reach. Bravo! 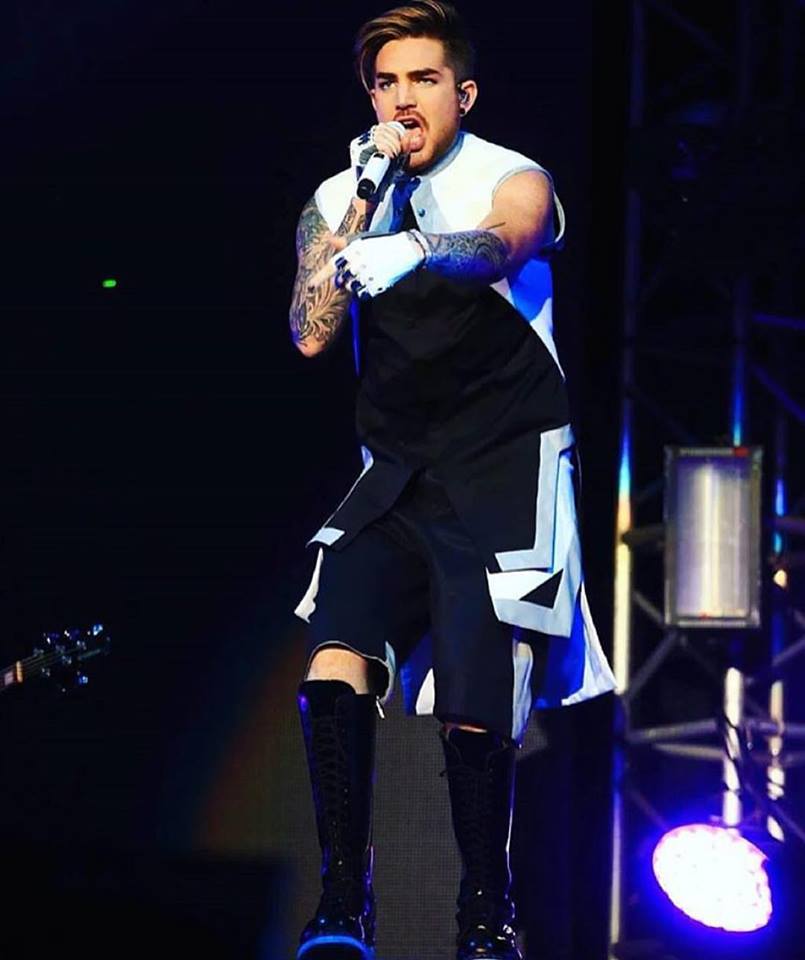 Right from the start, you’ll see an amazing show, from the First Class Opening to Electrifying Video Screens, Stunning Costumes, Highly-Talented Band, Exciting Dancers . . . AND A FULL 90-MINUTE PERFORMANCE FROM ADAM! The set list goes back as far as Mad World and includes numbers from the Glamnation Tour, Trespassing and current album The Original High.

The Shanghai concert was held in the Mercedes Benz Arena which holds 18,000 and has a smaller club-like venue in the basement, The Mixing Room. From the audience shots, it looks like Adam is filling the larger arena! In fact, on their Wikipedia page, Adam is the first “global superstar” on the list of performers who have appeared there.

We can’t wait until he comes home and takes this tour all across the USA! But from Adam’s current schedule, it looks like it probably won’t be anytime before summer because he’s booked pretty solid around the world with this tour and with Queen! However, there is a nice break mid-Feb to mid-April suggesting a possible appearance on American Idol‘s farewell, which according to AmericanIdolNet has its finale on April 7th.

For now, enjoy this showing!

Shanghai Set List – January 5, 2016
Evil In the Night
For Your Entertainment
Ghost Town
Runnin’
Chokehold
Sleepwalker
Underground
Rumors
Lucy
After Hours
Outlaws of Love
Whattaya Want From Me
Mad World
There I Said It
Another Lonely Night
The Light
Never Close Our Eyes
Lay Me Down
Fever
Trespassing/Another One Bites the Dust
If I Had You

Please share with us what you think about this concert! What’s your take on the set list, costumes, dancers, band – everything!