Twitter just surprised me, telling me that Adam Lambert’s former label Sony, parent company to RCA, is going to release a compilation album called “The Very Best Of Adam Lambert” on May 27, 2014. 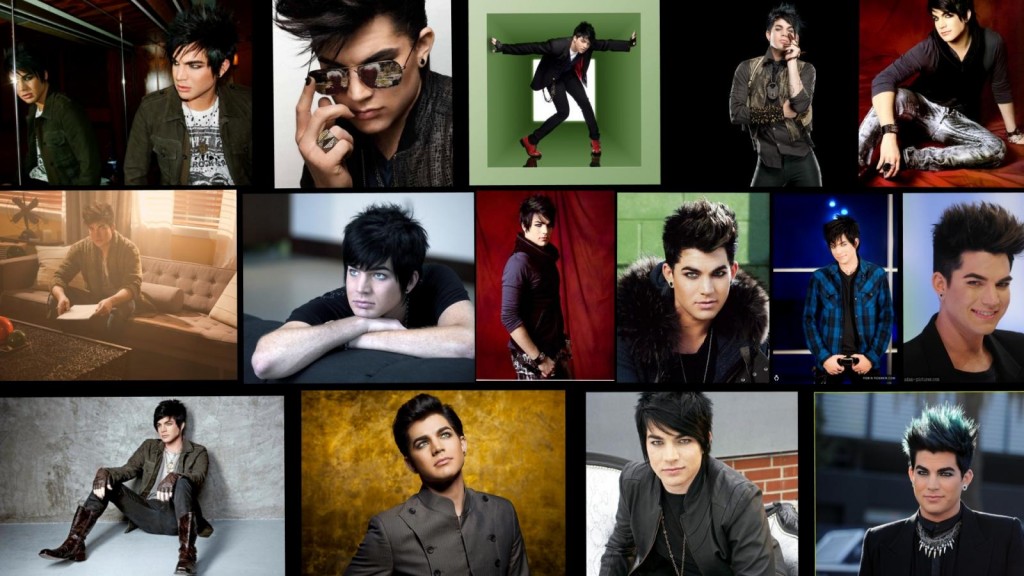 Thank you AdamOfficial for the picture.

I’m not sure why this is happening and we haven’t heard from Adam about it yet. It’s great to keep Adam front and center while we wait for his next CD, but since Sony/RCA are no longer affiliated with Adam, that doesn’t hold water. Is it a final effort to earn money from their association with Adam? Hopefully Adam will be earning from this venture too. And if so, that’s not such a horrible idea!

The album will hold 14 tracks, spanning songs from Idol, both of his albums, songs formerly unreleased in the USA, and closing it will be the knockout cover of Marry the Night, from Glee. I’m particularly thrilled that previous European For Your Entertainment release, Can’t Let You Go, will be on the album. It’s a truly gorgeous song that I posted an article about on May 3, 2010.

Aside from the beautiful sound, I love it that this song brought another aspect of professional validation to Adam. This time, from producer Greg Wells. It was reported that he was blown away by Adam’s studio treatment when recording it. He tweeted on October 11, 2009, “Thanks for the nice words re: “Can’t Let You Go”. Adam was literally on his knees singing this vocal in the studio, killing it as usual.”

Rema, one of our most loyal fans, made a comment on this previously mentioned post and supplied the following additional tweets from Wells. These took place in 2009. Thanks Rema!

Tweets:
OCT 11 “MR LAMBERT BLEW MY MIND TODAY ON THE MICROPHONE”. OCT 12 “HAVE NEVER WORKED WITH A SINGER LIKE THIS”. OCT 15 “FILE UNDER TEASE , BUT I CANT WAIT FOR PEOPLE TO HEAR ADAMS RECORD,STARTING TO HEAR FINAL MIXES TODAY AND ITS EXCITING”. NOV 1 “I DID 5 SONGS WITH ADAM 3 ARE ON THE PHYSICAL CD #4 ON THE ITUNES DELUXE VERSION #5 IS ON THE UK AND JAPANESE CD”. APRIL 28 “THANKS FOR THE NICE WORDS RE: CANT LET YOU GO ADAM WAS LITERALLY ON HIS KNEES SINGING THIS VOCAL IN THE STUDIO KILLING IT AS USUAL”

I’m posting a fanmade video of of this song. I mostly just want you to listen to this gorgeous piece, and the video is actually pretty good! Thanks LexieeLambert – I don’t know if you made it or just posted it.

Knowing that not everyone has access to Adam’s Fan Club, I’ll break protocol and reprint this morning’s entire article.

What are your thoughts? Please let us know!

While Adam Lambert fans patiently wait for new music, Sony Legacy will issue a collection of the singer’s greatest hits for those who want to complete their collection of official releases by the ‘American Idol” season eight runner-up.

Lambert’s former label home (RCA is a division of Sony) will out a “physical release” of the album, titled “The Very Best of Adam Lambert,” on May 27.

The compilation will include three American Idol performances from when he was on the show, including his covers of “Mad World” by Tears for Fears and “One” by U2. Lambert’s version of Lady Gaga’s “Marry the Night” from his appearance on “Glee” closes out the 14-track CD.
Also included on the record: Lambert’s contribution to the 2012 film, 2012, “Time for Miracles.”

“If some of these tracks feel like musical mission statements, it’s in their skillful fusion of mainstream pop and rock with left-of-center, if not underground, musician and pop-cultural markers, and their clear conviction towards that mission,” reads the album’s liner notes. “And it that’s not the hallmark of an artist who’s unfailingly true to himself… well, you are invited to listen to some more until you get it.”
Lambert walked away from his recording contract with RCA last July after the release of two albums, 2012’s “Trespassing” and 2009’s “For Your Entertainment,” along with several EP’s and a live collection.

Since then, the singer has been busy working on new music in Sweden with producer Max Martin. He is set to hit the road with Queen this June.