Thank you to whoever was the brilliance behind choosing Adam Lambert to sing Girl Crush with Leona Lewis at the CMT Artists of the Year 2015. 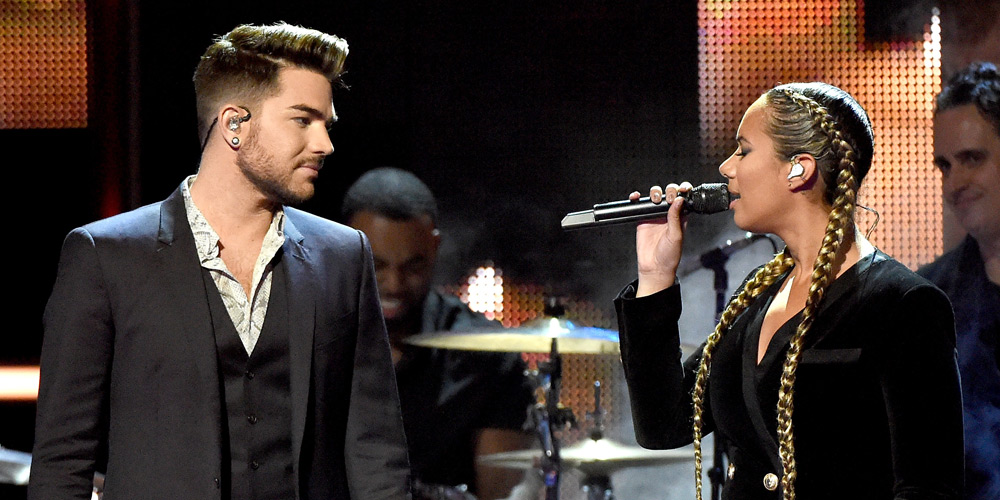 When I heard that Adam was performing on this show, I was dumbfounded. Adam singing on a country awards show? Who can forget the day on American Idol Season 8 when after singing Ring of Fire, Adam told Simon Cowell he probably wouldn’t be going to Nashville? Of course he performed there for his Glamnation Tour in 2010 and was a huge hit. But still the same, Adam singing on a country awards show? I can only hope Randy Travis was in the audience!

I’d like to hear from Simon on what he thought after seeing Adam give one of my already all-time favorite performances. Just his appearance alone was amazing! This was the most conservative I’ve ever seen him dress. Just like on Idol – he knows who his audience is. Of course Leona Lewis was fantastic too! Her voice was a terrific pairing with Adam’s. I’d love to hear more collaborations from them in the future. Ironically, both Adam and Leona got their start on shows from Simon Cowell, with Leona coming from U.K.’s X Factor.

The song Girl Crush, which took Single and Song of the Year in November’s 2015 CMA Awards, has had a controversial life. Many judged the song to be about lesbianism. From Wikipedia: “Girl Crush” is about a girl obsessing over another girl who has taken a former lover of hers. As CMT’s Alison Bonaguro says, “it’s more about wanting to taste her lips in order to taste him and to drown in her perfume, to have her long blond hair — and so on — all in an effort to get him back”. Bonaguro also adds, “On the other hand, it could also be about a girl obsessing over the girl who is with the man that she wants but has never had. That mystery is unclear, which only adds to the allure of this song.”

Some radio stations were reported to have pulled “Girl Crush” from their playlists, in response to concerns from listeners who interpreted the song’s lyrics to be about lesbianism. In response, (Karen) Fairchild (Little Big Town band member) said, “That’s just shocking to me, the close-mindedness of that, when that’s just not what the song was about…But what if it were? It’s just a greater issue of listening to a song for what it is.”

From HollywoodLife.com “The (November) win was a sweet vindication for the band, which had to undergo controversy earlier this year with “Girl Crush.” Some radio stations dropped the tune from their playlists after misinterpreting the lyrics to be about lesbian love and allegedly trying to push a “gay adgenda.” But Kimberly explained that the song isn’t even about a woman loving another woman.“This woman is just looking at the woman her man left her for and wondering, ‘What does she have that I don’t have? What am I missing? What is it that she’s giving you that I can’t give you?’” she explained in a Vevo interview at the time.”

But after watching Adam sing this, his appearance made total sense. He got it, the band got it, the audience got it. And secretly, who hasn’t imagined Adam having a Girl Crush on them? Not to mention how infectious this song is. I can’t get it out of my head!

Watch this performance courtesy of cmt.com, and join me in appreciating the genius behind choosing Adam to sing this song.

Did you catch the reactions of approval from the members of the band?