Brian May just revealed that Queen + Adam Lambert will be continuing their touring past the summer North American tour! According to Brian, “probably Europe in October, probably the UK in December, but shh!” 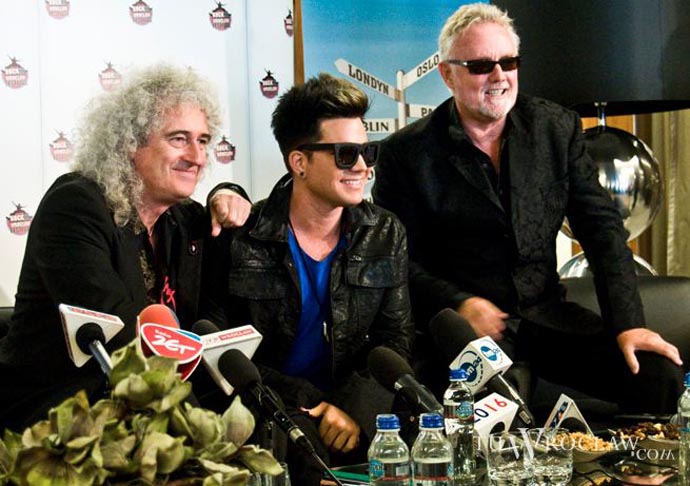 Oh we won’t tell anyone Brian!

This revelation came from Brian’s gem about his new book, Queen in 3D. In the video below, he talks about his lifelong passion for stereoscopic photography, which yields photographs in 3D. He goes on to explain he’s practiced it since he was a child, and that he’s captured moments from the start of Queen. He adds “I don’t think there’s ever been a book before, which chronicled the life of a rock band in 3D, over the years.”

In the latter part of the video, he starts talking about what he’s included from current days, including Paul Rodgers and at 4:00 – “… a few pages on the wonderful Adam Lambert!” and speaks lovingly about Adam’s fans!

So again, Adam will be on the tightrope, juggling his solo career and being a member of Queen. I’m so excited that he’s been working on his 4th album and can’t wait to hear anything about it. He must like the balancing act, because this reminds me of three years ago when he bounced back and forth between working on The Original High and his Queen life.

I hope he’ll also be able to find time for a great solo tour!