It was inevitable! Since receiving rave reviews from the North American/Asian/Australia/New Zealand tour – the rest of the world is hungry for the same thrill! And their appetite will be satisfied as Queen + Adam Lambert have just announced a UK and Europe tour. 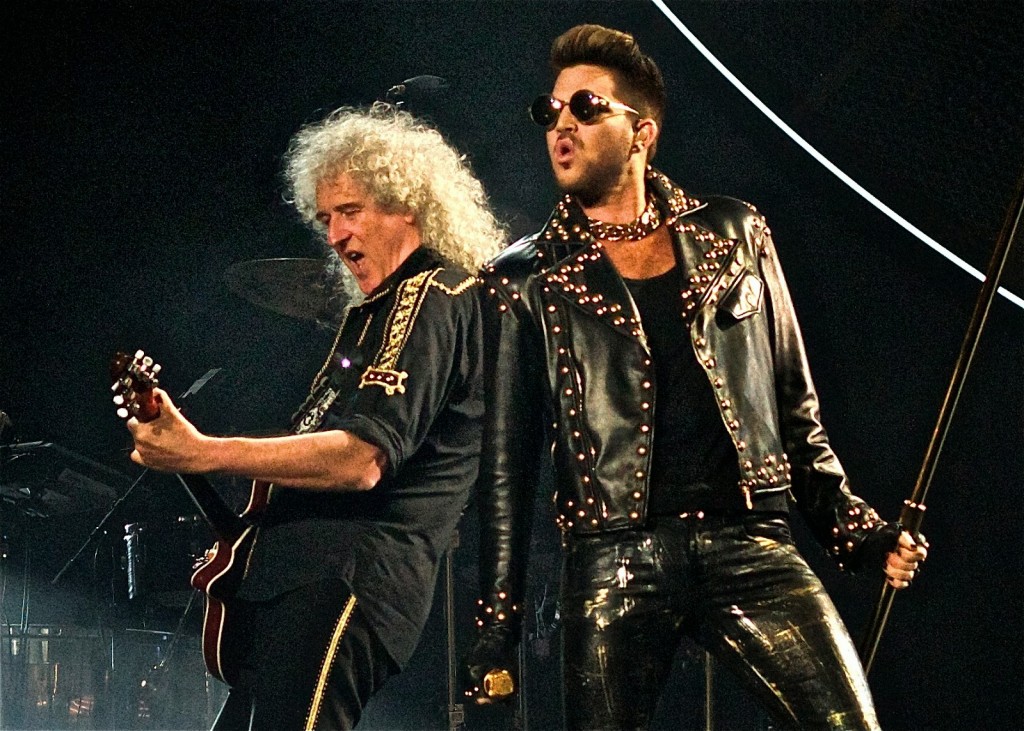 But don’t lose hope on Adam’s long-awaited 3rd album release. He’s focusing on that with Brian May and Roger Taylor supporting that with a well-deserved break before the concerts begin. The tour takes off January 13, 2015 in the UK. Pre-sale tickets go onsale as early as today, if you’re pre-registered at the correct sites.

QUEEN + ADAM LAMBERT today announced they are to play an extensive tour of the UK and Europe early in the New Year.
In what is certain to be among next year’s most sought out music events, Queen + Adam Lambert will reign over a six-week long set of dates across Europe beginning mid January.

***Pre-Sales: If you are registered with QueenOnline, Adam Lambert’s Official Fan Club or The International Queen Fan Club, please check your e-mail inbox for pre-sale details now, as some PRE-SALES START TODAY! ***

Having only earlier this month wound down a sold out world tour taking in North America, Australia, New Zealand, and outdoor festival stops in Korea and Japan, Queen + Adam Lambert are sparing no time in taking their critically-hailed partnership back on the road.

Coming two years after May, Taylor and Lambert last performed a short tour together of the UK and Europe, this lengthier outing will see Queen + Adam Lambert perform 21 shows in 10 countries. The band’s tour opens in the UK at Newcastle Arena on January 13 and will see the band play a total of seven shows across the UK including London’s O2 Arena. The tour then takes in France, Germany, Netherlands, Austria, Belgium, Italy, Denmark, and Czech Republic and ends February 19 in Switzerland at Zurich’s Hallenstadion.

Tickets for the UK shows will go on sale from 9.00am this coming Friday, 3rd October. All other concerts across Europe are on sale same time excepting Germany where sales begin the following day, Saturday October 4. Tickets available from venues and usual outlets.